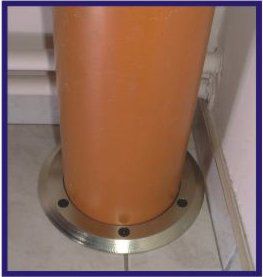 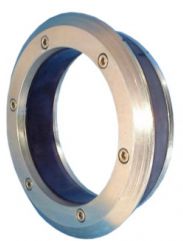 WA-GPSP pipe seal for pipes that are visable.

WA-GPSP units are used where the pipe is exposed outside a wall in a visible environment. The seal fits on floors and ceiling. Materials are polished 316L for cosmetic effect.

An extended lip prevents the unit from dislodging into an opening.

The units seal against water, gas and smoke migrations through floors and ceilings.

Fireproof materials may be used to fill the space between the seals to create a fireproof penetration. 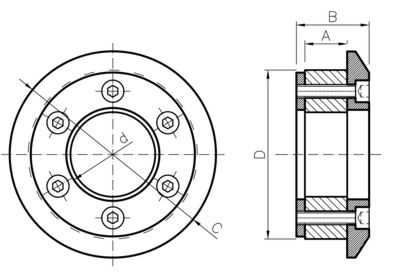 WA.GPKM disc seals are custom units with a double inner and outer seal.

Vibration noise is absorbed by cushioning elastomer. Complete tightness up to 2 bar / 29 psi /67 ft head. Elastomer may be EDPM or NBR. Diameter range: up to DN 3000 / 120-inch pipe. 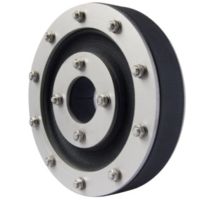 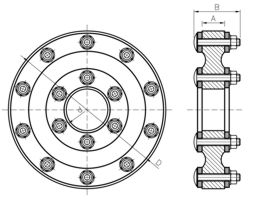 The seal cannot be supplied in a split configuration for existing pipe. Maximum flex is +/- 40 mm.

Sounds and vibration that travel along pipes through wall structures are effectively dampened. The double seal design isolates and insulates contact between the pipe and the opening.

Annular deflection of pipes may occur due to differential settlement between structures. WA-GPNS seals allow differential movement but watertight Integrity of the seal is maintained. 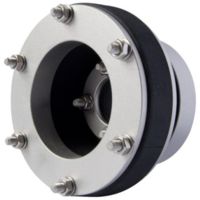 Elastomer may be: EDPM, NBR or Silicone.

WA-GPNS seals may also be used in single pipe penetrations as well as opposing structures where the seal is installed on both sides.

For example soil stress may cause a pipe to move but the structure remains constant.

Sealing pipes that have Axial movement;

Elastomers are EDPM and compression plates may be 304L or 316L stainless steel.

The carrier pipe passes through the inner seal, the outer seal is positioned inside the wall opening. The rubber boot provide a flex joint between the two disc compression seals. 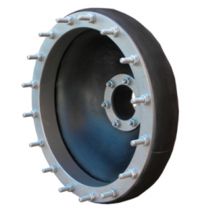 - Axial movement of +/- 50mm of pipe movement can be absorbed.

- The unit is not supplied in a split version.

Larger cores or wall sleeve openings must be allowed for WA-GPAM sealing. 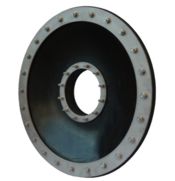 The seal absorbs pipe axial movement without violating the integrity of the seal. It mounts outside the core or wall sleeve opening.

The seal elastomer is EDPM and the disc seal is compression plates are 304L or 316L stainless.

The WA-GPAM.V2 pipe flex seals are not manufactured in a split version for existing pipes.

The carrier pipe passes through the center seal. The outer sisc seal compresses to the wall. The boot membrane joints the two compression seals.

- Openings must be larger to allow for flex movement of the pipe.

- Pressure sealing for pipes, conduit and cables penetrating through a concrete wall.

- Seals against water, gases and smoke.

Back to compression Seals Page 1